CIITECH LABS, one of the leaders in CBD research, sponsors ICRS 2020 symposium

Latest 2020 symposium of the International Cannabinoid Research Society (ICRS) was held online due to ongoing COVID-19 pandemic. And CIITECH LABS participated as one of the key sponsors. CIITECH LABS is getting scientific know-how and research support from Hebrew University.

ICRS is the leading scientific research society focusing on exploring the uses of CBD and other cannabinoids for health benefits. Although it was formally established in 1992, its various members have been in CBD research since the 1970s. ICRS, during its symposiums, brings together brightest and most dynamic researchers in the field of CBD. ICRS seeks to provide impartial information regarding CBD.

Dr. Yossi Tam, a leading metabolic researcher of CiiTECH Labs from the tech transfer team of Hebrew University, and his team are currently focusing on the study of how the endocannabinoid system and therapeutic treatments can be used to treat obesity and metabolism. In further synergy with the symposium, Dr. Tam has also just been announced as the president of the ICRS. Dr. Tam will hold this rotating Presidency role with ICRS until next year when the 2021 ICRS Symposium will be held in Jerusalem.

CiiTECH LABS Role in unearthing the potential of CBD

CIITECH LABS and researchers at Hebrew University are mainly focusing on understanding the role of CBD in managing metabolic syndrome since it is now quite evident that metabolic syndrome finally leads to a number of disease conditions.

It is a well-known fact that the diseases caused due to metabolic disorders are rarely reversible. It is because, by the time individuals are diagnosed, much damage has been done. Just take an example of type 2 diabetes, by the time it is diagnosed more than 90% of beta cells in the pancreas has been lost. Not only that, by the time of diagnosis of diabetes irreversible changes in the micro and macro blood vessels, nerve cells, has occurred.

It is not just true for diabetes, as researcher’s belief that one of the reasons why medical science has failed so miserably in finding a remedy for a condition like dementia/Alzheimer’s is that science has been trying to modify these disease condition in their later stages when it is not realistic.

CIITECH LABS, like many other researchers in the field of metabolic disorders, realize that most non-communicable diseases start years or even decades before their formal diagnosis. Thus, the importance of managing metabolic syndrome in its initial stage with the help of novel approaches.

Researchers have been saying for so many years that one of the best ways to prevent this onslaught of non-communicable diseases is to start preventive measures early. It also means using non-pharmacological means, understanding the role of natural compounds like CBD.

Thus, those living with obesity, high blood pressure, dyslipidemia, pre-diabetes, should start taking a severe step, as managing these conditions is the best way of preventing the worsening of health.

There is no doubt that one of the best ways to reduce obesity and other signs of metabolic disorder is through lifestyle interventions, especially dietary changes and exercise. However, these measures do not produce adequate results in many. There could be many reasons for suboptimal results like inadequate motivation, anxiety, behavioural issues, and so on.

CIITECH LABS, along with Dr Yossi tam, are looking for the ways of improving CBD formulations. They are looking for finding better evidence. To more clearly define the role of CBD in managing obesity and metabolic disorders.

It is not only CIITECH LABS, but other participants of ICRS also realize that what is needed are the better designed CBD studies. Kind of evidence that can be accepted by the broader scientific and medical community. It is the reason that various participants of the industry are tying up with universities.

CIITECH LABS and its research team is focusing particularly on understanding the endocannabinoid system, and its role in managing obesity and other metabolic disorders. The virtual symposium provides a platform for the exchange of ideas between various participants.

Clifton said that participation in this symposium had been an excellent opportunity for the company. The International Cannabinoid Research Society (ICRS) symposium is the most respected event in the CBD industry, and CIITECH labs is highly honoured to be associated with such an esteemed organization.

CIITECH LABS also took this opportunity to showcase its efforts, research in the field of CBD, sharing the latest findings regarding the role of CBD in managing metabolic disorders, obesity, and liver disorders. 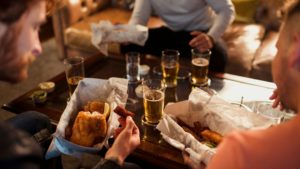 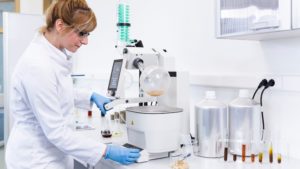