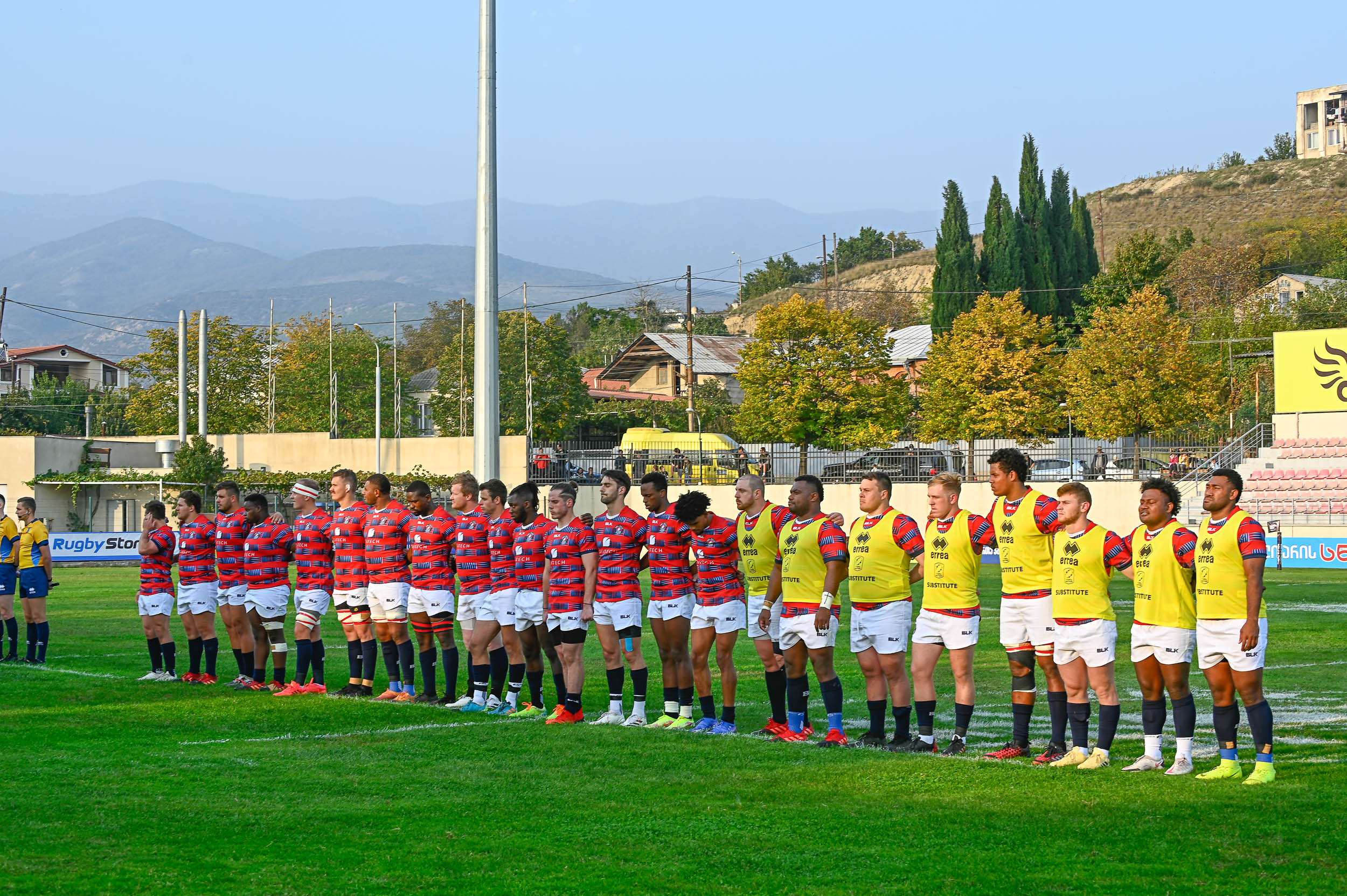 As proud Global Founder Partners and sponsors of Tel-Aviv Heat, CiiTECH will be posting after every game.

Tel-Aviv Heat kicked off their Rugby Europe Super Cup tournament against Black Lion in what was a historic moment for both teams as they made their debut in the competition.

In the build up to the match, Musikanth commented: “After all the excitement, we finally get an opportunity to test ourselves against the tournament favourites this coming weekend. We can’t wait for this match.”

Black Lion, a franchise team from Georgia, had the extra impetus to play well as their coach, Levan Maisashvili, had fallen severely ill with Covid and they were determined to put in a good performance for him.

The two new franchises made their way to the Avchala Stadium in Tbilisi, Georgia, to put their skills to the test and their bodies on the line. Unfortunately, the teams weren’t able to play in front of any fans due to the country’s regulations but it didn’t stop them from putting on a show for the cameras.

The Black Lions, playing in black, started the game in a confident fashion, putting together a string of passes to force the Heat backline under some intense pressure before an unforced error gave the Lions a penalty kick.

Soon after the Lions made it 3-0 with a successful 22-yard kick at goal, they found space on the left-hand side of the Heat’s defence with a fantastic pass to Akaki Tabutsadze to cross over for the first try of the match. Kicker Matiashvili converted to make it 10-0.

It only took 5 minutes for the Heat to respond with a try of their own, admittedly in surprising circumstances. Heat’s Jordan Chait attempted kick through the Lions defence towards the try line forced Matiashvili into conceding a 7 point penalty try.

The Lions then took advantage of the Heat having a man in the sin bin when hooker Shalva Mamukashvili went over for his first try of the tournament, making the score 15-7 before a missed conversion.

Just before half-time the Lions conceded a field goal after being called offside, cutting the lead to five points with Chait successfully kicking through the posts before the Lions hit back with their own through kicker Giorgi Babunashvili, making the half time score 18-10 to the Black Lions.

A strong first half performance from both sides however in the second half, The Heat started to struggle and a series of unforced errors gave the Lions plenty of scoring opportunities.

A cute chip through The Heat’s defence from Demur Tapladze sent Tabutsadze through to double his try count for the day and give the Lions a 13 point advantage, despite the conversion being missed.

Another penalty kick was given to the Lions which handed them another 3 points after being converted before Tabutsadze crossed the line to score a hat-trick of tries. Their fourth try of the game meant they received a bonus point and Babunashvili converted to score the final point of the game.

It was testament to the Black Lions defense that they didn’t concede a point in the second half, despite The Heat’s best efforts,

The Heat can be proud of their performance and have plenty to build on before their next game. The amount of unforced errors that they conceded will improve as the team work and play with each other more, leaving the future very bright for this upcoming team.

Tel-Aviv Heat captain Nicholas Groom said: “It was a real honour to captain the Tel-Aviv Heat in the first ever game for the club. Unfortunately the result did not go our way, but as a team we will only get better as we spend more time together. Our next game is in Moscow against a tough team, but we are ready to put the work in to make sure we give ourselves a good shot at getting the result.”