A Brief History of CBD

A Brief History of CBD

People usually think CBD is an innovative supplement. Actually, the history of CBD dates back much further. In modern times CBD has been used for more than six decades. But once upon a time, the first documented use of hemp-derived medicine refers to 2737 B.C when Chinese emperor Sheng Nung, known as the father of Chinese medicine, used cannabis-infused tea to treat malaria, rheumatism, and gout1.

In 2007 a late Neolithic grave was found in the territory of the modern Netherlands that revealed an unusually large concentration of cannabis pollen. Later, researchers concluded that it was used as a painkiller2.

We can find several such examples throughout history. There are recorded pieces of evidence on medicinal usage of cannabis in Egypt, India, Russian Siberia, and Africa.

But the first medicinal research on the plant’s therapeutic effects was published in 1839 by Irish physician and doctor W. B. O’Shaughnessy3. Since then, the researchers began to consider the medicinal benefits of cannabis.

The modern history of CBD started in 1940 when R. Adams in the US and Lord Todd in the UK isolated CBD from marijuana. At that time, they did not know what was exactly found4. 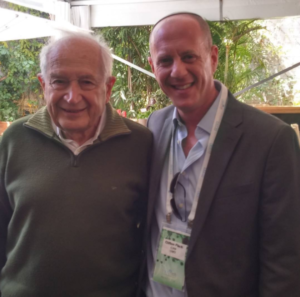 Only in 1964, in Israel, Prof. R. Mechoulam isolated and described the chemical structure of CBD. After one year, he identified the structure of THC as well. Actually, he was the first to discover that THC is a psychoactive compound. This allows us to consider Mechoulam the godfather of modern cannabis5.

Mechoulam’s discovery caused significant progress in researches on active cannabinoids. Many teams of scientists throughout the world were working on the medicinal benefits of cannabinoids. And in the mid-1970s, the British Pharmacopoeia released a licensed cannabis tincture that, in fact, was full-spectrum CBD oil for therapeutic use.

In 1978 New Mexico became the first US state to legally acknowledged cannabis as a medicine6.

At the same time, Mechoulam and a team of researchers conducted a study on the usage of cannabis in patients with severe epilepsy. The results showed that people experienced significant improvement in their condition and had little to no side effects. This trial is considered a breakthrough in the history of clinical marijuana research.

In 1980 Mechoulam published his findings on CBD for epilepsy, and it became very popular in scientific circles.

California becomes the first US state to legalize medicinal Marijuana

Despite the potential benefits of the medicine, it took more than 15 years when California became the first US state to legalize medicinal marijuana. Later, in 2003, the US government patented CBD, along with other active cannabinoids, as a neuroprotectant.

Ten years later, several states passed the legislation for the legalization of CBD. It represented an important moment in the history of cannabinoid.

In 2018 the FDA approved a medicine containing CBD for use in the treatment of certain seizure disorders7. The same year WADA approved CBD oil for use among amateur and professional athletes8. Also, in the UK, cannabis drugs were approved by the NHS to help with multiple sclerosis9. Many studies show CBD may ease many symptoms, including chronic pain10 and anxiety11.

Since more and more people realize the benefits of CBD, it looks like its future is optimistic.